This guide will serve as an introduction for any student interested in celebrating Asian American and Pacific Islander (AAPI) History!

This guide will serve as an introduction for any student interested in celebrating Asian American and Pacific Islander (AAPI) History!

The image below features Asian American protesters rallying to protest the wrongful conviction of Chol Soo Lee, a young Korean immigrant accused of murder in 1974. While in prison, wrongfully serving a life-sentence for a murder committed for which he was later found to be innocent, Lee was attacked by a member of the Aryan brotherhood, whom he killed in self-defense. For this second charge, Lee was meant to face the death penalty. Thanks to the work of Sacramento investigative journalist K.W. Lee, Chol Soo Lee's story raised public support from the Asian American community at large. The Free Chol Soo Lee movement is emblematic as it features a pan-Asian mobilization of mostly young Asian Americans, and eventually lead to the acquittal of Chol Soo Lee. This example of Asian Americans mobilizing to challenge AAPI discrimination and the US carceral system is just one of many unsung events celebrating the accomplishments of the Asian American community throughout history. 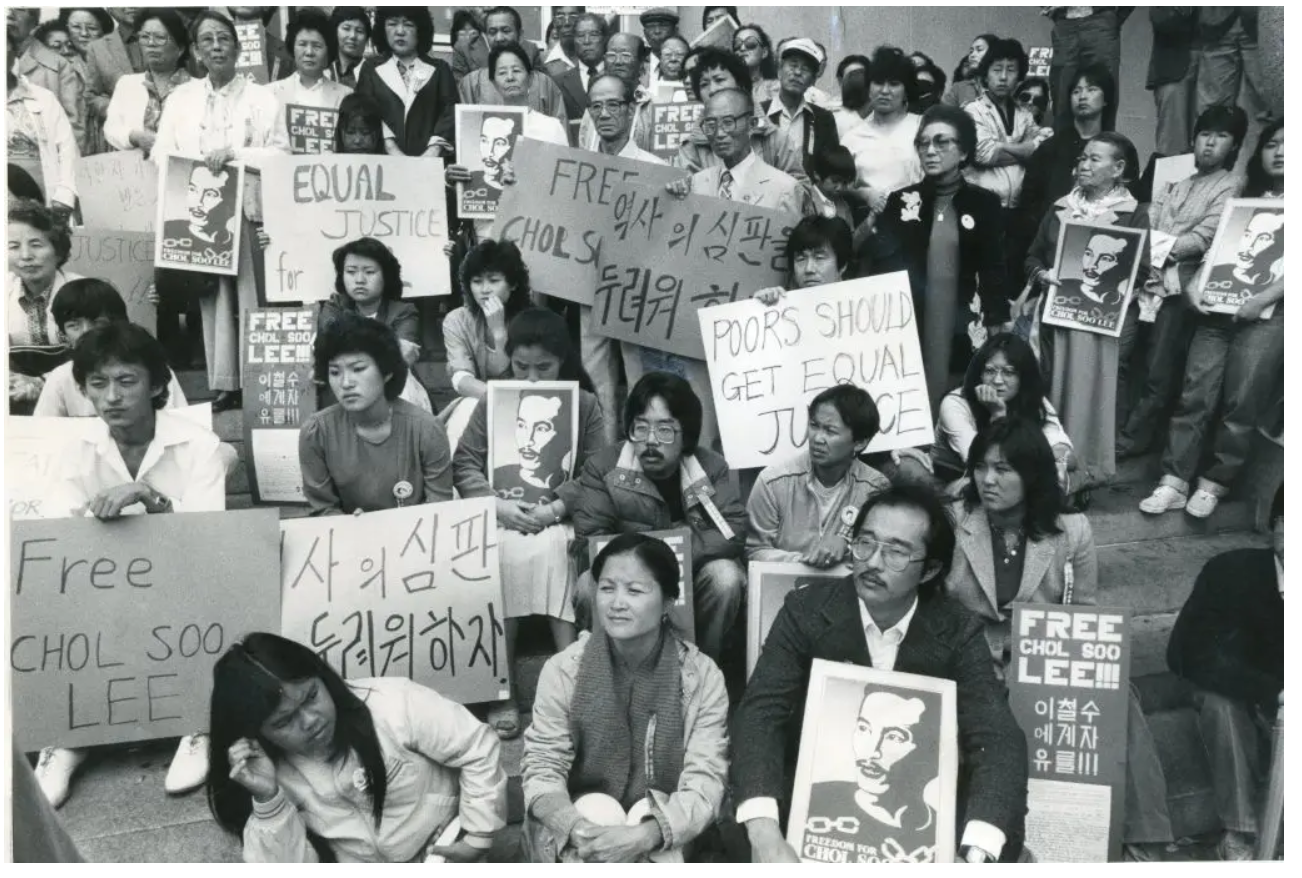